The situation with “Fortified area” was not very well as planned. Use this mode is for battle a large number of players. But difficult battles and need to play six days a week – was too high load on the players. Large, powerful clans did not allowed chance for simple players. It was therefore decided to modernize the regime.

The update 9.17.1, you will see the first steps towards this. The firstly mode is more simple and understandable for ordinary players and not masters. Secondly will change not only the level of difficulty, but the whole concept of the game in this mode. Attacks will change the economy, reserves and other mechanics.

Now for the replacement of the old regime will come new – “Offensive”. “Offensive” will be more thoughtful, treat and accessible to a broad audience clan. Previously, each clan had an opportunity to choose their opponent and if the clan was weaker than it had a chance to end the clans began to abandon the match and the number of battles in the fortified area mode sharply decreased. In the new mode, you will not be able to choose a particular clan for your match, eliminating the need to fight 6 days a week, participate in the new regime will not be compulsory but voluntary, all advance will be held on the X level of technology.

You will see another warehouse for promresurs in the new regime. It will change the cost of building construction and the production of reserves. It will eliminate the need to transport Promresurs. Distribution Promresurs for players will be uniform: everyone will receive equally. No more building a fortified area – it will be given automatically. 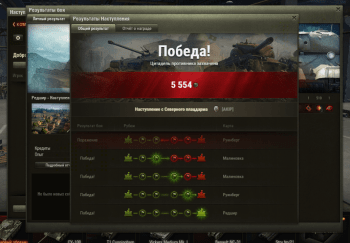 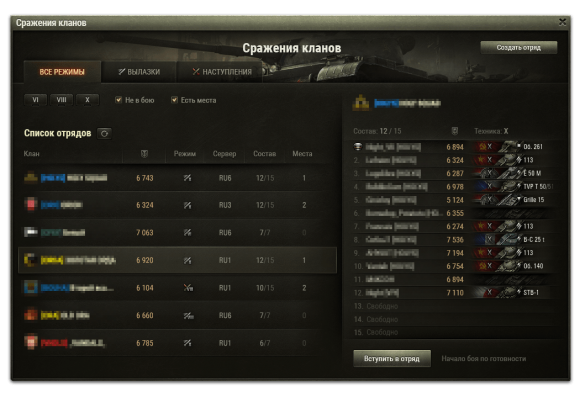 Reserves will now be divided into three groups, and at the same time be able to work on one of the reserve of the 1st and 2nd groups.

Group 1 – the experience of the crew and free experience.
Group 2 – Silver and experience.
Thus, at the same time you can earn and silver, and crew experience.

Group 3 – reserves, increasing Promresurs for battle, and fighting reserves. These reserves are established to combat the onset of the room or attacks.