Friends! Today was started general test of  new and  long-awaited update 9.14 for World of Tanks. Update in which there will be a number of innovations, a large number of improvements and a lot of changes. 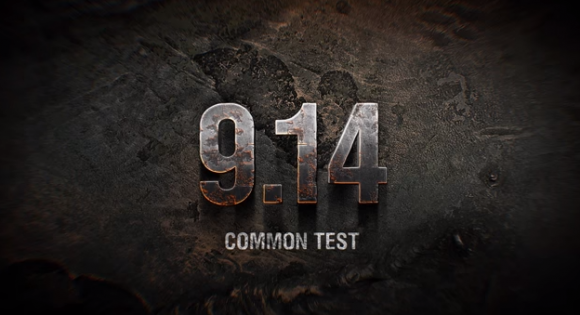 Today, 11 th February has became available test for update 9.14. Here  you can download it

. This patch will bring us a lot of interesting changes  among are:

– The new physics.
Now there will be a new visual effects in the collision of your tank with the enemy, the coup, the management of the tank,  slip and slide also

–  Sound update
Launched a new audio engine Audiokinetic Wwise also there will refining  sounds of: gunfire and recharge tools, penetration, tracers, voice engines of tanks change, and “bell crit” will revive (informing you about your damage to the enemy).

– The rest of improvements

The rest of improvements including such as modified map  “Sacred Valley”, added the map”Paris” in mode “Fight to the last”, refined customization, the game was added to the Belarusian, Ukrainian and Kazakh languages.