Another addition to the categories Prohibited mods. Mod that can off object through you shoot for WOT [1.4.1]

As you know during the fight your shell has the ability to fly through objects (fences, brick walls ….) and still harms the enemy tank. But as a rule such shots are random because to take aim at the enemy military vehicle looking at a brick wall is not so easy.

This mod will help you with this problem. Its essence lies in fact that it will able to do all  object that you can shoot  on the map – transparent. Mod does not remove them from the map only  make transparent, and now you can freely aim and do damage to the opponent not on random but deliberately.  For better results in the game we recommend used  sights from our site with this mod.

Mod banned developers and falls into the category of illegal, its use can be punished by WG. The player can use this mod at your own risk.

In the screenshot you can see the absence of the fence, it was not knocked down during the fight. Mod  did it  transparent. 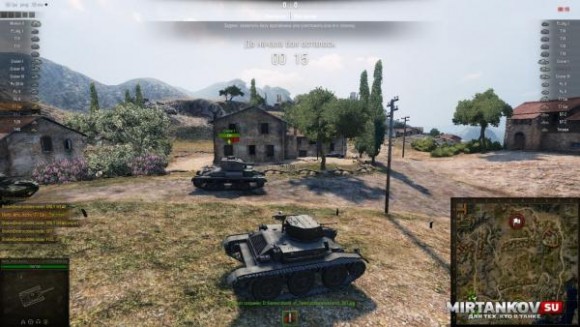 Mod that can off object through you shoot  (200 KB)