You can get information about World of Tanks player by looking at his statistics. For some, this data does not matter. For others very important. And it becomes clear why the “Lost Time” mod appeared, displaying statistics for the session, tanks, maps and much more.

Under the confusing name are hidden truly grandiose possibilities of this modification. Thanks to it, a lot of very necessary and detailed information appears in the system channel. Statistics of the receipt of game silver and the accumulation of experience; the damage that the equipment received in combat and the costs associated with it;  bans, time spent in hot fights.

Of course, there are combat effectiveness ratings (EFF, WGR and others). Information about the last battle is painted as if in the battle to the player’s tank was attached a lot of fixing devicesand video cameras. 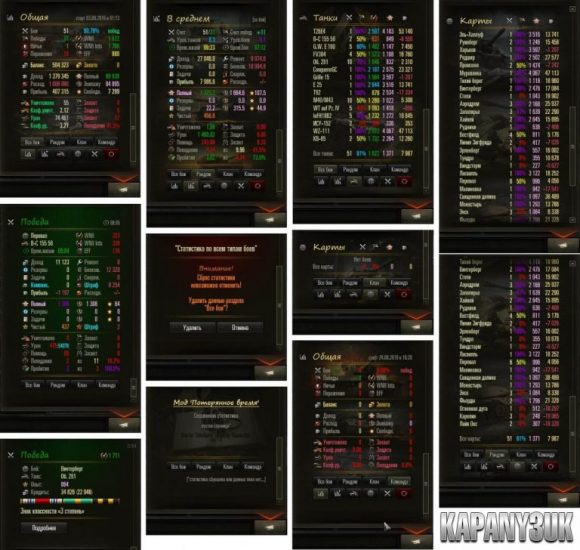 There are data on which the “tanker” can easily determine how successful the battles of the current session were. Or vice versa, it was not worth playing this time. Several shameful “sinks” of the team have brought to naught all the previous positive results.

In addition, the modification has a lot of settings. Using them, you can display data on one parameter, and do not use the others. There are options for assigning “hot” keys, with the help of which interesting data can be seen not only in the hangar but also during the battle.